Stories – As Told by Torkom Saraydarian (With Illustrations)

A collection of the best stories Torkom told in his many lectures and writings with beautiful illustrations by John Dumigan. Guaranteed to delight both young & old audiences…

We are happy to present to you a collection of the best stories Torkom told in his many lectures and writings to illustrate special lessons to be learned. In the longstanding tradition of storytelling, Torkom would tell and re-tell stories, often creating them on the spot, embellishing and changing them to fit the occasion or borrowing from other storytellers and fables and classic tales…

Torkom deeply understood the creative process and Torkom’s stories are his creative labor. Torkom says, “When I was a boy my mother read a story which I have never forgotten.” He understood that stories have a powerful and lasting impact on our hearts and our minds. Storytelling, memorized elaborate stories spoken aloud, was the most effective means of education before the advent of the written word and widely available books.

Torkom’s stories always have a message behind them–something he wants us to understand and remember. Of one of his stories he says, “This simple story portrays the principle of self-control, the principal of sublimation, economy, and the meaning of purposeful love. Let us remember that the purpose of love is to take us back to Divine Unity, into the Cosmic Magnet. This being the case, each act of love must be a step toward Home.”

Our human nature is wired for memorizing stories, telling stories and re-telling stories. The art of storytelling and the stories and fables of a culture define that culture for generations. Torkom writes, “The stories of powerful, omnipresent, omniscient, and creative Gods were the main incentive of the progress and striving of many races.”

Not only did Torkom understand the power of a good story, but he was also a master storyteller. His stories take you to places all over the world, both outer worlds and inner worlds. Travel with him this summer with this extraordinary collection of stories. He told not to entertain, but to make a point and to take his audience into a higher vibrational level so that his point was easily understood. 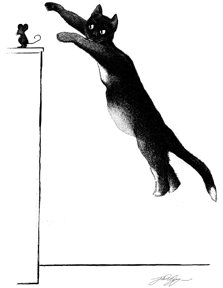 View the Table of Contents.

1 review for Stories – As Told by Torkom Saraydarian (With Illustrations)

Cosmic Shocks shows how it is possible to deal with crises effectively and use them for growth and change. But, we need to understand the sources of crises and learn to respond to them in a totally new way.

An integrated teaching for the true and complete meaning of success. The three parts of success must be balanced: physical, material, and spiritual plus the path to overcome specific hindrances to success.

The purpose of creativity is to change transiency into Infinity; to transform the ego into the Divine Self; to bring harmony and cooperation from chaos, and unity out of cleavages. True creativity eliminates competition and establishes sharing.

Start your day and end your day by making contact with the Divine Essence. Recite five prayers, at intervals throughout the day, and tune in with Beauty, Goodness, Righteousness, Joy, and Freedom.

Psychic energy is the power of your soul; it comes from the energy of space. It can be cultivated, increased, and used in your life for healing and upliftment. It is the energy that gives you power to persevere in life.

Unveils the ancient traditions of training men and women for marriage and parenthood. Included are preparation for marriage, marriage ceremony, preparing for pregnancy, educating the child, and how a woman becomes a torchbearer.

A classic text on the relationship between the human being and all of creation and how we fit into the plan of the universe. A good introductory material on basic Ageless Wisdom topics.

Dynamics of the Soul

The human soul is the indwelling spirit that lives from lifetime to lifetime. It grows and matures and expands in power and psychic energy. As we live a life of light, love, and spiritual will, our soul grows and expands its contacts and expressions.